You will learn the essentials of using field-recording equipment, get insight into choosing the best microphone to use for different sound sources, as well as various techniques for best extraction of sounds from the environment, including ambisonics.

The workshop is divided into three parts:

• Introduction – participants meet at the Perfect Circuit event space for a brief introduction, and tutorial on using field recorders. All participants will receive a Zoom recorder with peripherals to be used during the workshop.

• Field-Trip – participants will go together to one of the selected locations for the actual field-recording session. The potential selected locations are Stough Canyon Nature Center or Sepulveda Basin Wildlife Reserve. Both are no further than a 20 min drive from Perfect Circuit.

• Recording Sharing Session – after the field-trip participants comeback to Perfect Circuit event space to listen to, and share the recordings, as well as learn some basic processing techniques. A complimentary lunch will be provided.

Los Angeles artists Yann Novak, Robert Crouch and Ian Wellman return home from their west coast tour and are joined by Byron Westbrook. Yann Novak will present his new work Slowly Dismantling which reflecting on his formative experiences as a queer youth in middle America and explores these acoustic and social spaces as zones of liberation. Byron Westbrook will present the LA premiere of a new series of compositions for electronics using just intonation and custom tuning systems. Robert Crouch will perform new work inspired by poet Ted Berrigan, that explores the tensions between collective listening and personal reflection. Ian Wellman will be performing segments from his latest offering, Bioaccumulation, and new material comprised of recordings made around Southern California, Sierra Nevada, and Lake Azeui, Haiti. 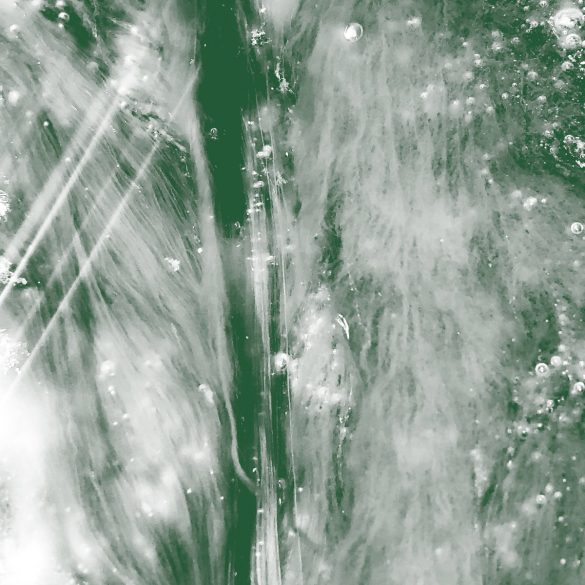 The scientific term Bioaccumulation is used to describe the accumulation of toxic substances occurring in the environment. Bioaccumulation takes place when an organism absorbs a substance at a faster rate than it can lose in catabolism or excretion. This process only magnifies as it moves down the food chain.

Similarly, the concept for my album Bioaccumulation started with idea of sounds cycling and mingling together, eventually attacking one another or disintegrating completely. Our relationship with nature is mirrored in this endless cycle of extracting and using the land’s resources until they run dry. We seem hell bent on absorbing and in turn obliterating anything in our path.

This year I had a chance to mull on this while I attended a week-long bioacoustics workshop through Cornell Lab of Ornithology in the Sierra Nevadas. The idea of bioacoustics has become increasingly important to me. Through listening and observation, we absorb most of our information. The capacity to study animals, through the ‘lens’ of the sonic environment, to analyze how they have changed over time amplifies the importance of sound. We can learn so much about ourselves just by being present and listening to our surroundings.

The field recordings in Bioaccumulation are meant to serve as real-world examples of how we affect the environment and our surroundings, even simply by being present. The human-generated sounds left in the recordings are intended to reflect the inescapable amount of noise pollution we have contributed to the world. On example can be heard in the recording of the woodpeckers from Carlton Flats in the Angeles National Forest. While walking around, I heard a cooing from a nearby tree. After realizing this sound was a baby bird inside a nest, I was greeted by a group of angry woodpeckers knocking their beaks has hard as they could against the tree, flicking their wings back, and vocalizing shrill calls. Nature is literally screaming at us to leave.

Each musical piece is assembled with 4 track tape machine played as an instrument with loops sourced from digital synths and manipulated or dissolved completely by effect pedals. In this way, digital becomes both analog and physical. The pieces dwell on feelings from our environmental collapse (the real and the most sensationalized versions), guilt of humanity’s destructive shadow, and hope for the realization of a balance with nature, as mythical as it may seem.